Top Ten Books to get you in the Christmas Mood 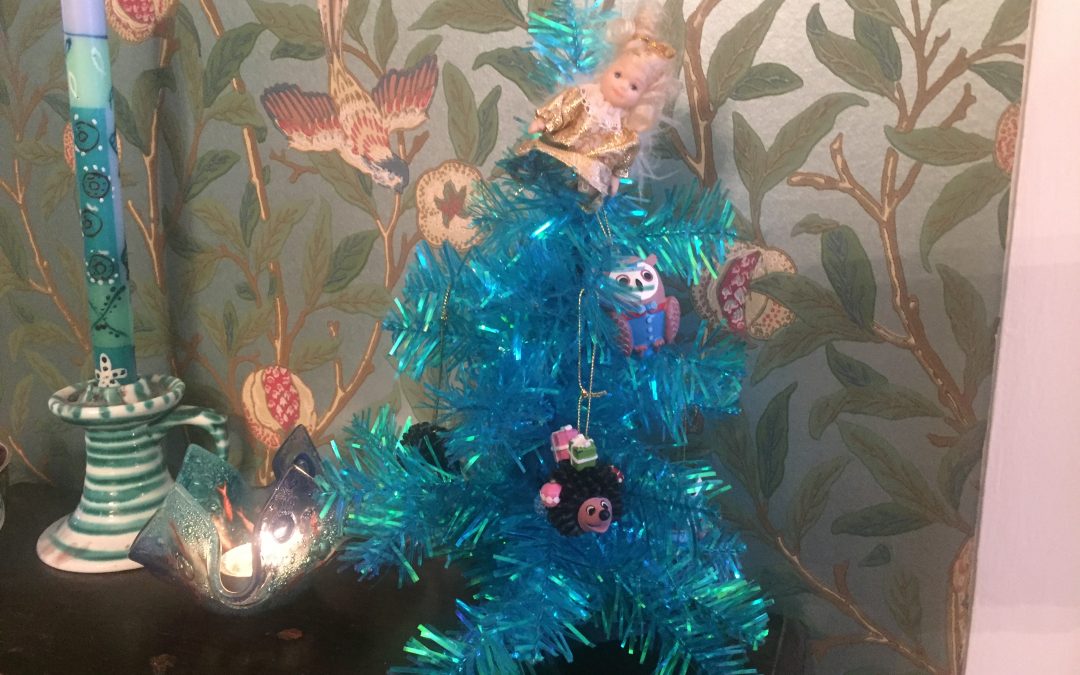 Normally by this time of year – early November – I’d be well into my Christmas preparation. Presents bought, turkey ordered, things planned… But it’s hard to get in the mood this year. Browsing in shops is a no-go, and who wants to give yet more money to Amazon? And now there is talk of a ‘digital Christmas’ in Scotland.

In times of misery, turn to a book for solace, I say. So here are my top ten books about Christmas. If we have to experience Christmas digitally this year, then let’s all lose ourselves in print.

1 The Lion, the Witch and the Wardrobe, by CS Lewis. Who could forget the horror filled line of Mr Tumnus that in Narnia under the rule of the White Witch, it is ‘always winter and never Christmas’? Feels like 2020 to be honest. For the first time the full impact of this predicament strikes home for me. In the past I never minded long winters. Growing up in a ski resort, basically the more snow, the better. And if skiing is your thing, oh dear, it looks like the 2020/21 ski season is in jeopardy. Lose yourself in the world of Narnia I say.

2 The Snow Queen, by Hans Christian Andersen.  Oh how I adored this story when I was a child, must have read it dozens of times. I’ve just discovered that it was first published 21st December 1844. So definitely a story for Christmas. It’s about the battle between good and evil, but as a child I loved that here was a small girl putting herself in immense danger to save her friend (who often didn’t seem to deserve it!), travelling through  treacherous wintry conditions to battle the witch, overcoming all obstacles without turning bad herself. Looking at the story again now I’m struck by the idea of the mirror with the power to make people only see the bad in others,

3 The Tailor of Gloucester, by Beatrix Potter. This definitely is a Christmas tale as all of the action takes place on Christmas eve. The tailor releases the mice which his cat has captured and in return the mice finish his waistcoat for him. As a child I adored the beautiful illustrations and the magical way kindness is repaid. Looking now at the Wikipedia entry is fascinating. Again the story was finished by Christmas 1901, and then given – as were many of Beatrix’s stories –  as a Christmas present to, on this occasion, ten-year-old Freda Moore, the daughter of her former governess. I also see that apparently it was based on a true story! “The tale was based on a real world incident involving John Prichard (1877–1934), a Gloucester tailor commissioned to make a suit for the new mayor. He returned to his shop on a Monday morning to find the suit completed except for one buttonhole. A note attached read, “No more twist”. His assistants had finished the coat in the night, but Prichard encouraged a fiction that fairies had done the work and the incident became a local legend.” It goes on to say, “Potter sketched the Gloucester street where the tailor’s shop stood as well as cottage interiors, crockery, and furniture.”

Ok so far, so good – but these are all children’s books I hear you say. Nothing for adults?

4 The Adventure of the Christmas Pudding,  by Agatha Christie. This is an Hercule Poirot mystery, the first in a collection of six short stories, although its eventual TV adaptation saw it being re-named The Theft of the Royal Ruby. The collection is pretty good actually, and is unique in also containing a Miss Marple story. All six have been adapted for TV.

5 Christmas is Murder, by Val McDermid. Another short story, but with a meaty plot and satisfyingly possible to solve if you have your wits about you.

The best short story of all is of course, Christmas Carol, by Charles Dickens, but I am willing to bet several slices of Christmas cake that no-one reads that these days, not with all the fabulous film adaptations out there.

Ok, so how about something longer and meatier? Your wish is my command.

6 Hogfather, by Terry Pratchett. The 20th discworld story, and the fourth about death, this story of the Hogfather (who is really Father Christmas) is arguably darker and edgier than previous books and earned Pratchett this accolade from Publishers’ Weekly: “one of the more significant contemporary English-language satirists.”

7 Early Riser, by Jasper Fforde. Another comic fantasy writer, responsible for the marvellous literary detective Thursday Next as well as the series containing The Last Dragonslayer, which was adapted for film. Early Riser is a stand alone novel set in an alternative UK where the Ice Age never left and human beings now hibernate. I felt at times he overdid it on the puns, but the plot is interesting, featuring a hapless hero battling Big Tech in a frozen Wales. Should cheer up your evenings huddled by the fire in covid isolation.

8 A Long Way Down, by Nick Hornby. Alright, this centres on New Year’s Eve, not Christmas, but as someone whose birthday is actually on New Year’s Eve and who was fobbed off with joint presents for years and years, I’m going to flipping count it, ok? If it doesn’t count then I’m owed a hell of a lot of pressies… So… on New Year’s Eve, four strangers meet on the roof of a tower block in London which is a traditional failsafe venue for suicides (Topper’s House – geddit?). They make a pact not to commit suicide but to support each other. The book traces what happens next. It’s pretty good, with the usual fantastic characterisation, humour and sadness we expect from Nick Hornby.

9 Winter Solstice, by Rosamund Pilcher. Pilcher seems to be out of fashion these days but I adore her long, multi narrative historical fiction, and this one is a great read. Five disparate characters all with different backgrounds and problems (and all equally intriguing) end up spending the winter solstice together in a house in NE Scotland, where all the stands of their stories come together. Another good yet easy fireside read.

Let’s finish the list with another murder mystery, because they do seem to fit well with Christmas, don’t they? Is it the long hours of darkness? Or is it being cooped up with relatives for days on end (a problem we’re unlikely to face this year, sadly…)

10 Murder on the Orient Express, by Agatha Christie. Ok again technically not Christmas but it is the depth of winter, and this is probably one of her absolute best books. Published on 1st January 1934, it was inspired by the kidnapping and murder of Charles Lindbergh‘s son in 1932. It’s impossible to say more without giving away the plot, but the twist is remarkable, and Poirot’s response to it unique. And the closed carriage of a train is such a brilliant setting for a murder.

Welcome to my Blog

From time to time I will be posting about my work and things that interest me.

You have Successfully Subscribed!

From time to time I send out newsletters with updates on my books and my work. Keep in touch by signing up.